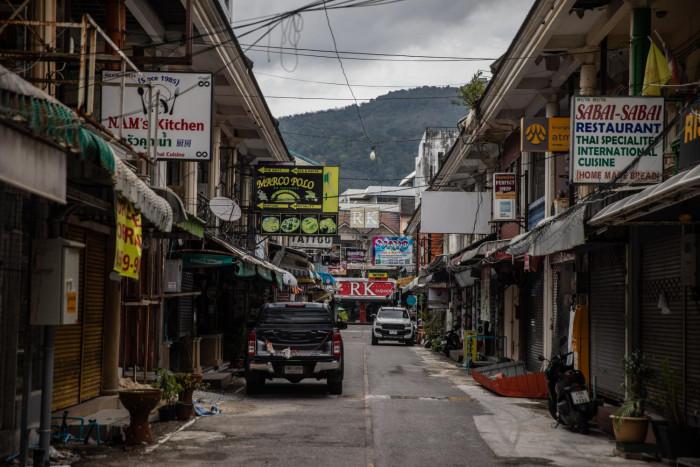 Tourism operators in Phuket are complaining about the order prohibiting local governmental administrations and the private sector from purchasing Covid-19 vaccines by themselves, submitting a petition to the prime minister on Wednesday.

The letter was signed by 14 associations, including the Phuket Chamber of Commerce and the Federation of Thai Industries (FTI) in Phuket, expressing a deep concern over the provincial economy. A survey by the Prince of Songkla University indicated that per capita income in the Andaman province dropped significantly between February and September last year.

While the national poverty threshold was at 3,044 baht per month for that period, the average monthly income of the workforce surveyed in Phuket was only 1,984 baht.

Suksit Suvunditkul, vice-president of the southern chapter of the Thai Hotels Association (THA), said they hope the government reverses this order as the public health minister didn't oppose local vaccination campaigns in January as long as they are approved by the Thai Food and Drug Administration.

Tourism operators saw that allowance as the positive sign as they already reach a consensus with Phuket administrators on vaccination plan.

The private sector is ready to pay for the cost of administering the vaccine to their employees, while local administrators have prepared a budget for locals as they consider it the only way to save the provincial economy from peril, said the group.

The government abruptly changed its stance this week as Public Health Minister Anutin Charnvirakul confirmed that provincial administration organisations and private organisations were barred from importing any Covid-19 vaccines.

"The Phuket economy is heavily dependent on tourism, accounting for 94% of provincial income. Almost eight months without inbound and domestic flights last year made all stakeholders suffer from a lack of cash, mounting debts, and increasing lawsuits regarding financial disputes," said the letter.

The new wave of Covid-19 at the end of last year has worsened the situation, as tourism confidence plunged lower than during the first outbreak last year, said the letter.

There are few areas that can reap a windfall from the Chinese New Year holiday, mostly provinces within driving distance from Bangkok, she said.

She said more than 100 hotel employees were laid off this week as hotels lacked sufficient income to keep them on payroll.