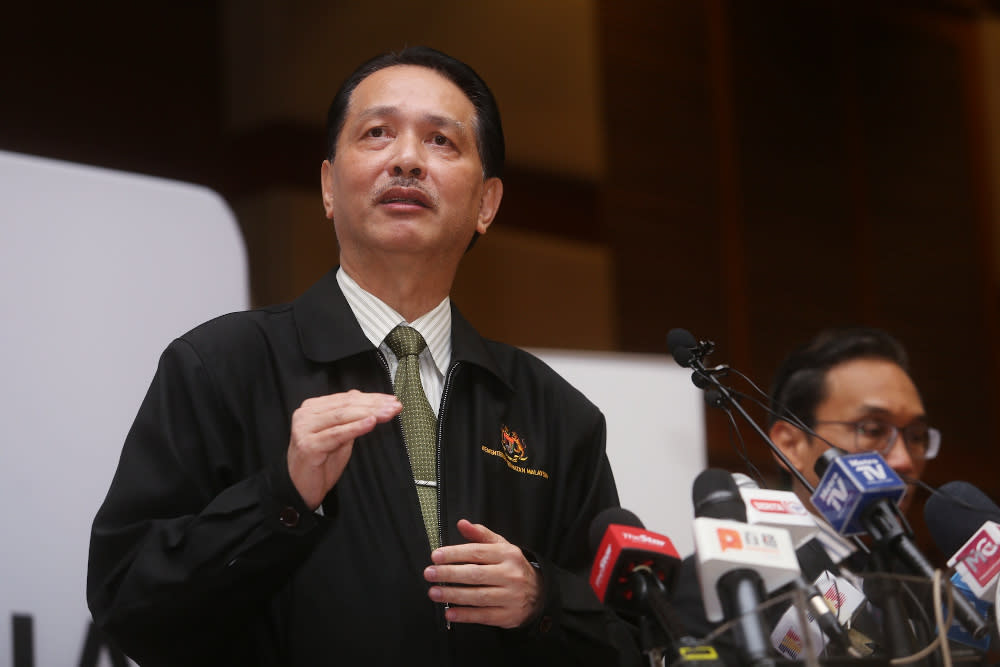 He said this brought the total number of recoveries to 3,957 cases, or 67.9 per cent of all total cases.

“As of 12pm today, 40 new cases were reported, bringing the total number of Covid-19 positive cases in Malaysia to 5,820, with active infectious cases at 1,764.

“At present, 37 cases are being treated in Intensive Care Units, 17 of whom require breathing assistance,” Dr Noor Hisham said during his daily briefing.

The National Crisis Preparedness and Response Centre has also recorded one more death for today, bringing the total number of deaths from Covid-19 to 99 cases, or 1.7 per cent of all cases.

“The deceased was a 78-year old Malaysian man with a background of diabetes, high-blood pressure and stroke. He was treated at Hospital Enche’ Besar Hajjah Khalsom in Johor on April 7, and passed away early this morning at 4.31am,” he said.

The director-general also spoke of the current statistics for the enhanced movement control order (EMCO) in several locations at Masjid India in Kuala Lumpur, starting off with Menara Plaza City One.

“No new cases were recorded at Malayan Mansion, which stands at 12 cases, 10 of whom are foreign citizens. Other localities in Masjid India also remain unchanged, standing at three cases, all of whom are foreigners,” Dr Noor Hisham said.

Elsewhere in KL, the Pusat Bandar Utara and the KL Wholesale Market have recorded 14 new cases, bringing it to a total of 69 cases, 51 of whom are foreigners, with one death so far.

No new cases were reported in other EMCO locations, including Bandar Baru Ibrahim Majid in Kluang, Johor, which stands at 193 cases. Kampung Sungai Lui in Hulu Langat, Selangor remains at 157 cases, of which 147 are tahfiz students.

“On the status of the Sri Petaling tabligh cluster, thus far 31,224 test samples have been taken, with 2,147 positive cases identified spanning five generations.

“Approximately 14,482 samples have also been taken from the students, teachers, and personnel of 243 madrasahs nationwide. 6,388 sample or 44.1 per cent of the total have since been screened, with 374 positive cases detected, or 5.9 per cent in total,” he said.