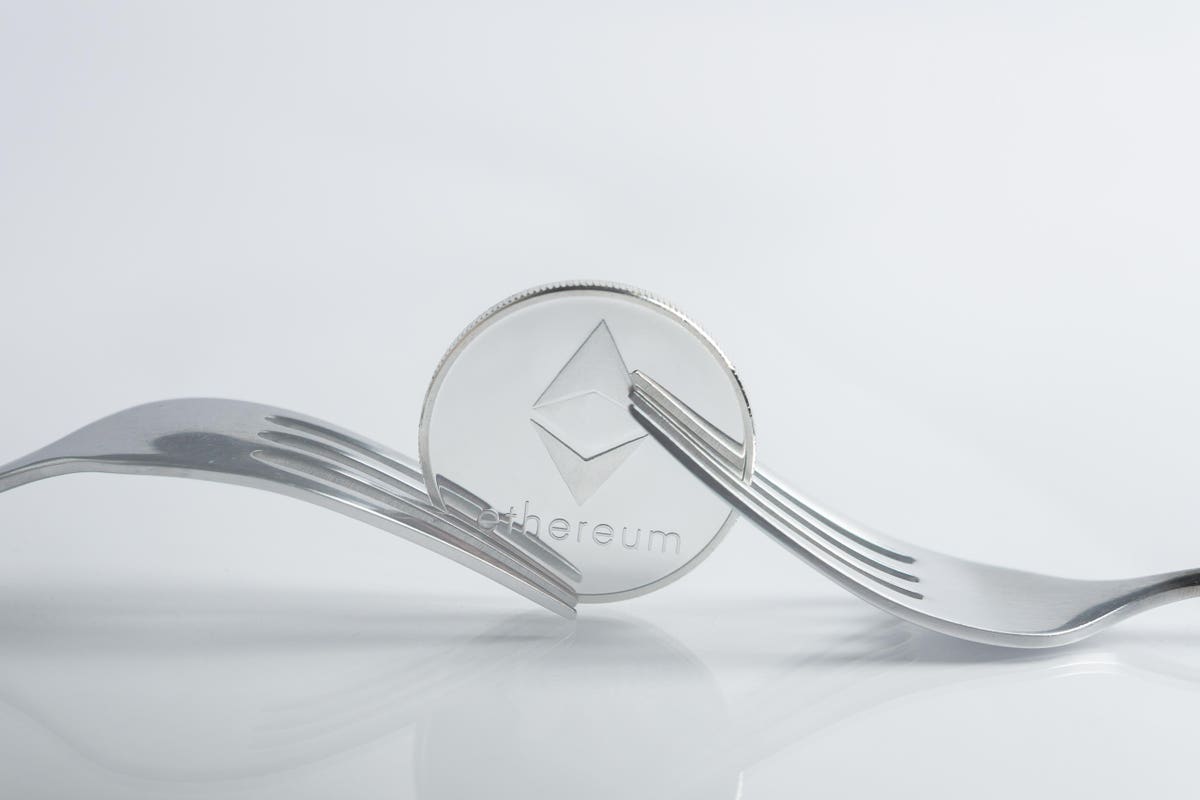 Ethereum Miners Will Have Few Good Options After The Merge

After years of waiting, debating, and delays, Ethereum’s pending merge to proof-of-stake finally has a launch date. Now, Ethereums’s miners are finally going to have to answer a multi-billion dollar question: what will they mine when Ethereum 2.0 launches?

Ethereum developers have scheduled the merge for block number 58750000000000000000000, which should fall on September 15 or 16. When this happens, Ethereum will migrate to a completely different consensus mechanism, one that secures the blockchain using capital locked up in validating nodes instead of the computers currently used for proof-of-work.

This will leave Ethereum miners holding a $4 billion bag of hardware.

They will want to deploy this hardware elsewhere, no doubt, but the question remains: where can they go to reap the same returns?

There are two options on the table:

Unfortunately for ETH miners, neither will furnish them with the cash flows that they have garnered on Ethereum.

Proof-of-stake has been in the Ethereum roadmap since its inception, though it’s been delayed time-after-time again for years. In December 2020, things began to accelerate with the launch of the Beacon Chain, the central nervous system for Ethereum 2.0 and the first concrete technical step from Ethereum’s development team to make the merge a reality. Fast forward to today, and developers have tested the Ethereum 2.0 merge and its architecture on multiple testnets. These tests were successful enough that Ethereum’s team felt confident enough to firmly pick an activation time.

Despite the pending merge, Ethereum miners still poured money into graphics cards (GPUs) and other mining equipment. (Unlike Bitcoin, Ethereum is still mostly mined with GPUs, and only 10% or so of Ethereum’s compute power comes from ASICs, the same specialized chips that BTC miners use).

Onlookers might wonder why Ethereum miners invested so much in hardware even though they knew that Ethereum’s end game has always been proof-of-stake. One peek at Ethereum’s performance in the 2021 bull market and its thriving ecosystem of DeFi applications and they have their answer: Ethereum mining has been extremely lucrative, even more so than Bitcoin mining.

The primary driver of this revenue is Ethereum’s suite of so-called decentralized finance (DeFi) applications. Platforms like Uniswap, Compound Finance, Aave, and others allow their users to borrow and lend Ethereum-based assets using smart contracts and on-chain accounting. The use of such platforms (in addition to the NFT craze last year) drove demand for Ethereum’s blockspace, sending average transaction fees into the triple (and sometimes even quadruple) digits). Fee revenue made up a large chunk of Ethereum mining revenue during 2021’s bullrun – at times, over 50%. An Ethereum code change, EIP-1559, altered this last August; now, the network sends all transaction fees to an inaccessible address. Users can opt to send “tips” to miners in addition to transaction fees, but as evidenced by the chart below, these tips make up a fraction of the fee revenue miners reaped with transaction fees.

Since EIP-1559, Ethereum miners have supplemented fee revenue using so-called “miner extractable value” (MEV, also known as maximal extractable value) strategies. With MEV, miners use specialized software and a private mempool (a database of transactions) to target lucrative trading opportunities. Miners use MEV data to order transactions in specific ways so as to capitalize on trading opportunities via arbitrage, front-running, and other strategies.

All of the above to say, Ethereum mining has been exceptionally lucrative, so much so that no current alternatives offer anywhere near the same levels of remuneration.

Chief among these alternatives is Ethereum Classic, which split off from present-day Ethereum after a hard fork following the infamous DAO incident of 2016.

Ethereum Classic mining, for example, only netted miners $318 million last year compared to Ethereum’s $18.4 billion, a nearly 60-fold difference. Going further, Ethereum Classic’s aggregate computing power (hashrate) is about 1/30th of Ethereum’s own. The more hashrate that a network has, the more competition there is for blocks, which means that miners earn fewer rewards per unit of hashrate.

Put a different way, Ethereum Classic could not support even a fraction of Ethereum’s miners without driving mining profitability into the ground. As it stands, ETC would need to increase 5000% if miners were to reap the same rewards on Ethereum Classic that they did on Ethereum should they all decide to move there.

Of course, there are other GPU-compatible coins that they can mine, but Ethereum Classic uses a slightly modified version of Ethereum’s hashing algorithm, so Ethereum Classic would be the easiest switch. None of the other viable coins offer much in the way of comparable revenue, either. The combined year-over-year mining revenues of Ethereum Classic, Dogecoin, and Monero, for example, barely crest $1.1 bln.

Ideally, Ethereum’s hashrate will spread out across proof-of-work alternatives, but even if this happens, miners won’t recoup the revenues they earned on Ethereum. If Ethereum Classic has any hopes of fostering these revenues, it will need users and DeFi applications on par with Ethereum (or at the very least, more than it has now, which is in effect nothing). Antpool, the mining pool run by crypto mining hardware manufacturer Bitmain, has pledged $10 million to this effort, but this is unlikely to amount to anything.

In what some might call a half-baked effort to keep Ethereum true to its roots with proof-of-work, a contingent of Chinese ETH miners have proposed a hard fork which would keep Ethereum as a proof-of-work chain. The fork’s ticker is sometimes referred to as ETHW or ETHPoW.

This hard fork is tentatively scheduled for roughly September 8th, almost a week before the merge. Interestingly enough, a man who was one of the chief architects of the Ethereum Classic fork, Chandler Guo, is one of the leaders behind this fork, as well.

Since Guo announced his intentions in late July, the project has spun up a linktree, website, and a GitHub repository with code copied from the Go Ethereum implementation. They’ve also created a Twitter account. In one of the account’s more popular posts – in which the team quotes the philosopher Friedrich Nietzsche and likens ETH miners to the Israelites during the Biblical Exodus – the team lays out their mission statement.

The claims for no leaders and decentralization, though, look pretty empty given a more recent decision by the ETHPoW team; namely, its decision to take the fees that would have been burned by EIP-1559 and place them in a treasury. The keys to this treasury, they claim, will be managed by “miners and the community,” but they have not released any more information about who exactly will be involved in this collaborative custody or how it will function.

The fee treasury is a brazen, opaque measure that could turn away any miners who are not on the inside of this effort. As such, it’s hard to imagine this forked chain accumulating much hashrate in the long term.

Of course, that doesn’t mean that some miners won’t mine it. The hard fork will copy the entirety of the Ethereum state, meaning everything on Ethereum, from NFTs, to DeFi liquidity pools, and all tokens, will be replicated on the new chain.

Without getting too deep into the weeds here, this will open up opportunities for miners and technically savvy traders to profit off the fork. Users who play the fork might have the opportunity to accumulate ETHPoW from the forked order books of decentralized exchanges and automated market makers like UniSwap. In essence, users could trade forked assets like USDC and USDT (whose custodians Circle and Tether have publicly stated that they will only redeem these stablecoins on Ethereum 2.0) for ETHPoW. Such trades would happen within minutes of the fork going live as savvy traders and miners swap useless assets like stablecoins (which won’t have any liquid markets) for ETHPoW, which will have market value via exchange listings.

(If you’re interested in learning more about the game theory behind these trading strategies, I’ve written in length about it here).

The trading strategies we discuss above will only be available to those with advanced technical proficiency. Since it’s unlikely that any frontends for popular DeFi applications will emerge before the ETHPoW fork, traders will have to use their own Ethereum nodes to communicate with the protocol directly on the backend. So if you’re not a code whisperer, then there’s little you can do to actually play the merge.

That said, a handful of exchanges have already announced support for ETHPoW. The two most notable are Poloniex and BitMEX, while Binance and Huobi have said that they may support the fork if certain criteria are met. For Poloniex and BitMEX’s part, the current markets are essentially futures trading in the form of perpetual swaps. If the fork is successful, these markets will likely open up to spot trading, allowing Ethereum users and ETHPoW users to dump the forked coins if they choose.

And dump they likely will. While there is a good chance that ETHPoW pumps in the first hours or so after the fork, there’s no reason to think that the coin will hold any medium-to-long term value. As with Ethereum Classic, it could have very few real users, nor does it currently have any developer support to sustain the DeFi applications that have made Ethereum so popular.

Miners and traders seeking to profit from the fork will dump coins as soon as they can to cash in on their holdings; likewise, Ethereum 2.0 users will likely liquidate their coins as well in an attempt to capture as much value as possible (they may also be ideologically incentivized to put sell pressure on a fork they view as adversarial to Ethereum 2.0). All you need to do is look at the trading history of Ethereum Classic or Bitcoin Cash to see that this fork probably has very little runway, if any at all.

Further, there are still too many open-ended questions surrounding this fork – chiefly, whether or not wallets and exchanges will support the fork to give users access to ETHPoW. The average user will need such support to access the forked coins. Otherwise, it will only be those with enough technical prowess to run their own nodes and understand the Ethereum code well enough to access them by speaking directly to the Ethereum protocol.

All of that to say, the only way for most folks to safely trade this fork right now is to play the exchange listings. Same goes for Ethereum Classic. For the majority of Ethereum holders and users, there’s not much to do except long or short these assets, grab some popcorn, and watch the fireworks when the ETHPoW fork and the merge come to pass.